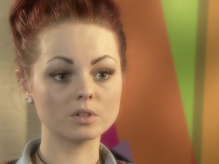 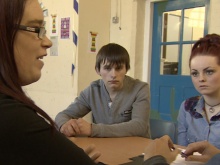 Jenna and her group 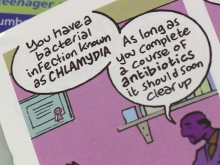 A group of Fixers, concerned about the number of people with sexual infections in North Wales, are creating a mobile phone app to give young people information about sexually transmitted infections (STIs).

The group, from Flintshire, are worried that young people in their area do not understand the long-term health effects sexual infections can have, especially if young people do not seek treatment quickly.

A report from Public Health Wales (2012) showed an increase in people catching chlamydia, syphilis, and HIV, with North Wales containing the largest number of people with STIs.

A similar report from the Health Protection Agency predicted almost 74,000 people in the UK do not know they have HIV.

Lead Fixer Jenna Giddins (16) hopes their app will encourage people to practice safe sex, reducing the number of STIs in the area.

‘I think these infections are spreading more quickly because people are not taking relationships as serious as they used to,’ she explains.

‘It’s a lot more casual these days. There’s an awful lot of pressure for young people to have sex. With this pressure comes lack of care though, and that contributes to the spread of sexual infections.

‘Our phone app will contain all the information about sexually transmitted infections (STI), the symptoms, and how they can be treated. This modern approach will ensure people are informed without being embarrassed.’