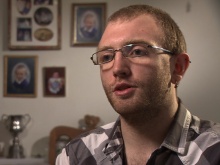 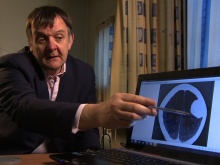 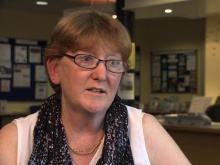 A Fixer, whose mum was told she would have had two weeks left to live if a large brain tumour was not removed, is creating a campaign to raise awareness of brain tumour symptoms.

Noel Moss (24) found out his mother, Margaret, had been diagnosed with a life-threatening brain tumour three years ago.

Noel and his mum, both living in Cheltenham, did not spot any symptoms of a brain tumour.

However, Noel’s brother thought something may be wrong.

Scans showed that an operation was needed immediately – otherwise Margaret would only have two weeks to live.

‘When she got the diagnosis, I was on a train coming back from a friend’s funeral,’ says Noel.

‘It just went straight through my mind, I’ve just buried a good friend of mine, and now I'm going to do the same to my mum.

‘It was so sudden and unexpected, and I did not know what to do. When I first saw my mum after the operation I felt relief, as if I’d got my mum back again.

‘And now this experience has made me want to do more to raise awareness of brain tumours. Through an advertising campaign, I hope to highlight the symptoms of brain tumours so young people can look out for their loved ones.’

Thinking About Brain Tumours 14th May 2013