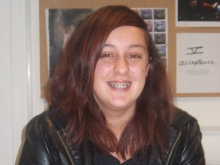 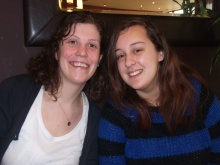 A young student from Redruth is using her autistic brother as inspiration for an event to boost the confidence of young people who feel neglected due to autism.

Alice Lobb’s arts event aims to bring together young people with autism from her area of Truro, to get them to raise their aspirations and have their voices heard.

The 17-year-old's older brother has severe autism and requires constant care. Growing up together, Alice became aware that her brother was regularly a target of mocking – abuse which he cannot recognise due to his condition.

Alice is concerned this bullying may be widespread.

‘With the abuse my brother receives, I have often wondered how anyone else with autism copes with bullying.

‘It really hurts them, especially people who have milder forms of autism and know they are being bullied, so I have decided to do something about it.’

The event is targeted at young people between the ages of 11-16 years old, who may experience bullying in school.

Through two workshops – which will take place on Friday 12th April from 10:00 am at Truro Library – Alice and local art therapist Amy Pugh will allow attendees to express their feelings through art, and will help them construct an “aspiration tree” to publicise their hopes and dreams.

After the event, Alice hopes to tour local schools with the work created on the day, showing other young people that people who have autism are no different to anybody else, and that bullying them is not the answer.

‘Bullying can really knock the confidence and self-esteem of children with autism,’ she says. ‘I want to help those who may have been bullied to develop a more positive outlook on life, to make them realise they should be valued like everyone else.’

at Truro Library in Truro.