Finding Your Own Feet 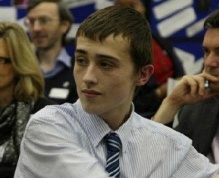 Peter, wearing a suit, at an event 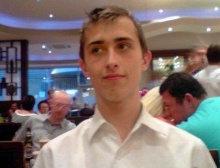 Peter looking at the camera

Kicked out of home at 16 and having to live in a tent for most of his teenage life, Peter Bishop's youth was not exactly ideal.

But the self-taught web developer now wants to share his experience of living alone to help others live independently.

The 19-year-old became homeless when he finished school at 16, when he and his mother fell out.

With no place to live, Peter lived in a tent in Swindon. Initially scared, he soon adjusted to his life and began learning how to survive on his own.

Peter remembers how daunting this was, and how he had to quickly find a way to support himself as school had not prepared him for living alone.

‘Schools do not teach you anything about money, finding a job, or how to live on your own,’ he says. ‘So for people in a situation like mine, it becomes very difficult to find your feet.’

Peter was fostered soon after living in a tent, and that was when he began to teach himself new skills. ‘I had to do it all on my own since I was 16, but then I decided to do something about it.

The magazine should be completed in the next few months and will be distributed to schools, youth centres, and charities in the Bristol area.