Finding Power through the Pen 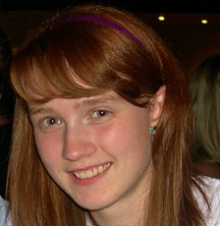 A resilient university student, who was bullied at school, is making a film encouraging young people to come out of their shells and express themselves through creativity.

Kat McCluskey (21) of Cramlington, Northumberland experienced classroom bullying when she was in her teens and now wants to use her experience to help others in similar situations.

For her Fixers project she is creating a hard-hitting film, which will provide a look inside the troubled life of a young girl who finds comfort through writing poetry.

‘I just think encouraging young people to show their feelings through something they love is better for them,’ she says.

‘Sometimes just talking about something isn’t always enough - this is more personal.

‘I tried everything at school - singing, dancing and acting to name a few. But I found writing was a good way to escape as nobody can judge you. It’s just you and your pen.’

Kat experienced bullying all through high school and never felt that she could talk about it.

As well as making a film, Kat also aims in the future to set up creative workshops for young people to give them the skills they need to creatively express their feelings.

She is also taking her story to schools, speaking to young people who face the same abuse she did as a youngster and giving them advice on how to deal with the situation.

‘I really want to reach out to young people and tell them there really is a way of finding a release.

‘My parents have been very supportive of the whole idea and working with Fixers has been a really great experience.

‘The advice I would give to others who are in a similar position is to find what they’re good at, whether it be dancing, singing, writing or whatever, and just do it.

‘Be creative and express yourself in the best possible way.’