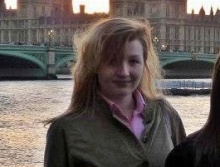 Venka standing on the bank of the River Thames 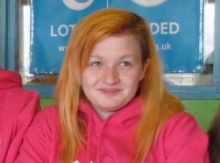 Venka smirking at the camera at her Bristol Youth Forum

Being a parent takes a lot of responsibility, especially if you have a child during your teens. Yet a young woman from Bristol thinks teenagers in her area do not consider the challenges facing teen mums, or their children.

Fixer Venka Child (16) was born when her mother was a teenager. She feels the pattern of young motherhood follows in a family and can become an expectation, as Venka's older sister also became a young mum during her teens.

Venka, who is a ‘Big Youth’ representative for young people in Bristol, wants to show the challenges young mums face as she feels many teenagers are not aware of how tough life can be starting a family so young.

Talking about the situation in her area, she says: 'Teen pregnancy is a problem in my area as there seems to be a "baby boom". A lot of girls I grew up with are now mothers, or are expecting.

Through a short film, Venka follows the path of two characters – one who choses safe sex and one who does not. The story follows the lifestyle of both characters, showing the audience the consequences of the choices you make involving sex and parenting.

'People seem to forget that they are having a person – a human that grows up to be a young adult with a mind of its own. They are not just having a cute baby. They are having something which affects their body and life too.'