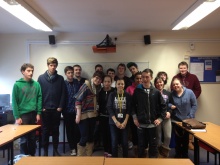 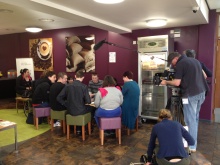 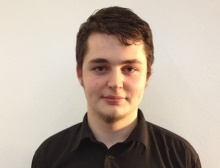 A group of 35 college students from Worcester are aiming to encourage inclusion and integration among students of all abilities through their Fixers film.

The team, who study at Worcester College of Technology, want to end the divide they feel has existed for many years between the main student body and students with differing abilities.

One of the Fixers involved, David Walker (20), suffers from dyslexia himself and believes young people with a disability or learning difficulty are segregated in a mainstream college environment.

David has been a proactive student union diversity officer, and wants to use his experiences to create a better atmosphere for everyone.

Speaking about his ambitions, he says: “We basically want to provide more integration at the college. Hopefully our message will reach a wider audience and create change there too.

“This can be through students helping each other out, or just getting along in general. Currently, we have a range of ideas for our resource, but we want to make it as impactful as possible to deal with the issues segregated students may face."

The college is behind their project, and they have received support from staff on campus.

"The staff also know about the issues we are dealing with here and the college has been very helpful.  But we want to make the change ourselves, and I think we’re capable of doing that as a group," he adds.

Around 20 per cent of the students at Worcester College of Technology have a disability or learning difficulty and there are special courses in place to ensure these students are catered to.

“Our aim is to have equality and a mutual care between all students regardless of their disability,” David adds.

“We hope that working with Fixers will help us to break down barriers and unite as one.”

Pictured are some of the team during filming including Zeno McDonald, who is the other lead Fixer on the project.