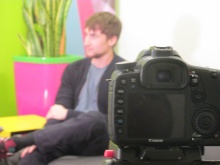 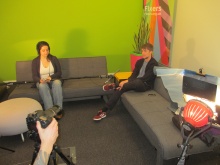 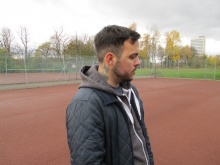 Bringing in a return to the region, ITV News Tyne Tees will present the work Fixers have done in the past as well as looking at what’s ahead.

Former Fixer turned Young People’s Coordinator, James Armstrong, will be among those featured in the film.

At 16-years-old James left home and struggled to find somewhere to live, officially being classified as homeless after a few months of staying at friends’ homes.

He lived in a hostel in Newcastle for six-months. Then, in 2008, James came to Fixers to show people the reality of homelessness. His hard-hitting docu-drama ‘Young and Homeless’ detailed some of his experiences.

“I wanted young people to realise that giving up is not the answer, no matter how bad the situation” he said.

James has become an ambassador for Fixers in the North-East- now working with young people who are as passionate as he is in making a difference.

He said: “The work Fixers do is amazing, I feel like this is the natural place for me to be at this time of my life and work. It feels inspiring and comforting to be part of the team who changed my life at 18-years-old.”

The film will also look at current Fixer, Shaun Phillipson (22), who battled through months of jobless unhappiness after leaving his low paid construction job due to workplace bullying.

The determined Fixer from Newcastle, whose time unemployed led to him to depression, worked with Fixers to produce a powerful film highlighting what being out of work can do to young people.