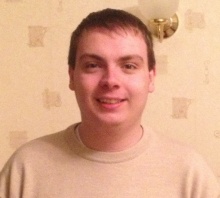 A keen online user himself, Anthony Howie is also familiar with the possible pitfalls the Internet poses.

With social networking sites such as Facebook and Twitter rising in popularity amongst young people, the 18-year-old wants to offer advice on how to defend against hackers.

Speaking about the project, he said: “I want to raise awareness of how to deal with online victimisation, show young people how to prevent this from happening to them and how to deal with it if it does.”

As well as online bullying, Anthony plans to raise awareness about keeping private information, such as bank details, safe and taking all the precautions when online.

“Cyber bullying has changed the lives of millions of children worldwide. Ever since we got the Internet, the traditional playground bullies have been replaced with the new, more emotionally threatening Cyber Bully.

“I would like to tell people how they can keep their passwords secure, how to avoid scams and having to face the unfortunate consequences.”

Anthony thinks a film would be an ideal way of getting his message across and hopefully informing people about what to look out for.