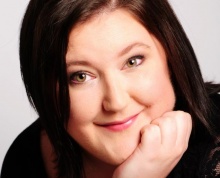 A Fixer who suffers from Crohn’s disease is creating a poster campaign to encourage others to think twice before they judge someone’s illness.

Chloe Adams (23) has chronic Crohn’s disease and has been in and out of hospital since she was 16-years-old due to the condition.

Crohn’s disease is a form of bowel disorder which causes severe inflammation to any part of the digestive system. It results in often severe stomach pain, weight loss, and diarrhea.

The disease is not always visible and sufferers frequently experience good spells of health followed by other days of terrible pain.

Because of this, Chloe feels many people judge her and others who may have to rely on Government disability allowances as scroungers, as they often only see the mild side of the disease.

“I want to bring to light the issues which people like me face daily. Most people never consider that people who do rely on help from others may have something seriously wrong with them,” said Chloe.

“People look upon me as if I am exploiting the benefit system, especially when I’m seen on my good days. But underneath there is a reason – I do have an ‘invisible illness’.”

Chloe – who has just moved to her own flat after spending time in a youth hostel – says finding an employer who is flexible is tough because of the illness. But that has not stopped her from going to college to study accounting.

She added: “With my project, I hope to raise awareness about long term illnesses, and show that they cannot always be seen on the surface, but that does not mean the person is fine. I want others to think twice before they judge a person.”