Brent Is Not ‘Undateable’ 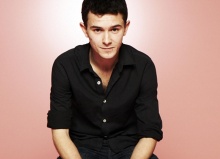 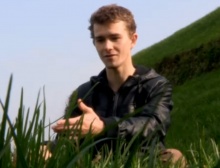 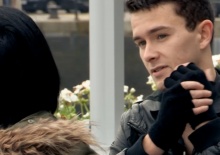 A scene from the television show

A Fixer, who created a film to raise awareness of Tourette’s syndrome, has continued to spread the word by appearing on a Channel 4 reality show called ‘The Undateables’.

The reality dating programme attracted an average audience of over two million people when it first aired last year, and the first episode of 2013 saw Brent taking the starring role.

‘The Undateables’, now in its second series, follows the journeys of singletons who live with a variety of conditions as they enter the dating circuit.

Brent, who was diagnosed with Tourette’s syndrome when he was 15, worked with Fixers in 2010 to create a short film to raise awareness of the condition, which causes him to experience tics including shouting, swearing and involuntary movements.

When Brent was approached to take part in the Channel 4 programme, the 21-year-old admits he did have doubts initially.

'"The Undateables" is a controversial name so I was a bit wary to start with,' said Brent.  'But I realised I was being given an opportunity to be a bit of an ambassador for Tourette’s.

'I’ve experienced first-hand the negative responses that people with Tourette’s get.  It’s not nice, especially when you don’t want to be swearing and having outbursts in the first place.

'It’s important to me to do what I can to help other people with Tourette’s and to give people a better understanding of the condition in general.'

Following the show, Brent has received fantastic feedback including interview requests from journalists and over 100 new friend requests on Facebook.

'Being on the show has been a really positive experience,' he said.  'A lot of people have been telling me that I’m not "undateable" so that’s given me a bit of confidence too.'

Brent’s short film with Fixers highlighted the reality of living with his condition.  He showed how he had learnt to control it through creative means including rapping and skateboarding.

'Working with Fixers is a good opportunity for anybody who wants to get a message out there,' he said.  'Everyone should be getting involved.'

Watch Brent's Fixers film at the top of this page.