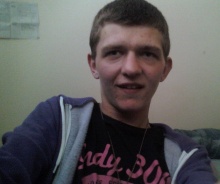 A Worcester Fixer is hoping to raise awareness around the stigma he believes some employers have towards homeless people.

Gareth Dawe is amongst several young people living in a hostel wanting to change these negative stereotypes.

The 19-year-old, who lives in the YMCA hostel in Worcester, found himself homeless a year ago.

Since then he has proactively been involved in doing voluntary work and skilled based courses to improve his chances of finding a job.

As the lead Fixer on this project, he and the group want to create a film to tackle these issues before launching it with an event at the YMCA Worcester where they will invite local employers and community based organisations.

Gareth said he is faced with discrimination when he applies for job roles based on where he lives and rarely gets through to the interview stage.

He added: “We want to change the myth around young homeless people being unreliable, when many want to get into work.

“We just want a chance to prove to local employers in Worcester that we are worth it.

“I want more employers to see young homeless people as individuals rather than labelling them as outsiders.”

The group want to use their event as a way of showcasing some of the positive things young, homeless people are doing to increase their chances of finding employment in Worcester.