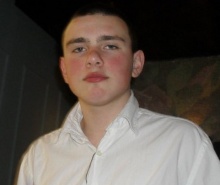 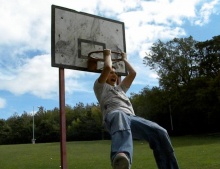 A Leeds Fixer who has looked after his terminally ill mother for four years, wants to raise awareness about the plight of young carers.

Jake Gibbins wants to help other young carers like himself get the help and support they need by making a film on the issue.

The 16-year-old is a promising basketball player having played for his school team, and dreams one day of playing professionally.

But Jake had to put his dream on hold when his mum was diagnosed with Multiple Sclerosis (MS).

He has had to juggle his school work with looking after her and says it has changed his life.

He said: “Before my mum was diagnosed I was like any other kid chilling out with my friends, but now I’m having to think about other things.

“It was hard at first and a bit of a shock to the system but I slowly got used to it. At the end of the day, my mum comes first.

“There is a lot of stigma around young carers and I did get picked on in school for it which was hard to take.”

Jake’s  parents split up when he was very young and since his mum fell ill he says he's had to make a lot of sacrifices.

He thinks there aren’t enough resources out there for young carers who may need help.

He added: “I chose to work with Fixers because they can help me create something really hard hitting. I also want to raise awareness around the issue and hopefully make a positive difference.”