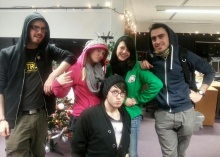 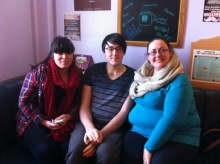 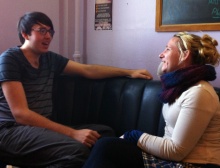 Scott McCarthy (19), from Newport, South Wales, withstood homophobic bullying throughout his school life as his peers could not accept his sexuality.

Throughout his teens, Scott became increasingly anti-social as he felt alienated. He felt he could not relate to anyone and had no support with his situation.

Now Scott is working with Fixers to change the attitudes towards the lesbian, gay, bisexual, and transgender (LGBT) community by holding a series of workshops.

His PRYDE campaign - standing for Pride, Rights, You, Different, Equality - will give information on a range of LGBT topics including ‘coming out’, homophobic bullying, and sexual health.

“I was bullied from a very young age because I was different to most guys my age. I have a passion for theatre, dance and music and have done from a young age,” said Scott.

“This, alongside my slightly more effeminate personality, meant that I became a target of bullying. Coming out as gay to people then became even harder as I was scared abuse - mostly verbal - would become worse."

The bullying at school was often taken outside of school and Scott received large amounts of abuse over Facebook.

“I already felt alone, and the bullying just made this worse. It was being made quite a stressful time, and very limited support was available.

"I was too scared to look for it as I initially did not want my issues being made public or leading to more reason for the bullies to get at me.”

Scott hopes to run his workshops alongside his own website which will offer support for young people who find themselves with the same difficulties that Scott faced.

Scott has already started a Facebook group for his project, and hopes to eventually turn his cause into a charity.

“I hope to make sure that young LGBT people do not have to go through things that I, or others in a similar situation, have had to go through.

"I want to offer them support in every area possible and then to tackle the broader issues, and eventually take the organisation nationwide in years to come.”