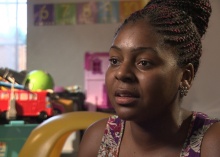 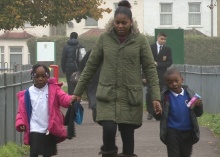 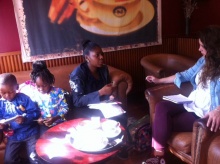 Yvonne Omini (24) from Enfield, London, had two children by the time she reached 20-years-old.

While she was initially scared of what changes this would bring to her life, Yvonne decided not to see herself or her children as a burden and vowed to take control of her life.

Noticing a lack of support for young mums, Yvonne is now making a documentary film with Fixers which she hopes will inspire other young mums to ignore labels society may place on them and change their lives.

“This idea that a baby at a young age becomes a burden is not entirely true. Yes, it is really tough at times to look after your children and to know what to do – especially when you are so young – but you can take control of your life.”

Yvonne started making Youtube videos to motivate young mums, and is now aiming to become a motivational speaker herself.

“My aim is to inspire as many mothers as possible to take action in their lives, if they have not already. Many young mums deal with rejection from their friends, family, and even society.”