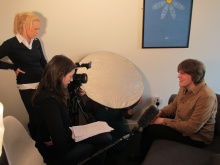 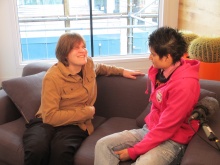 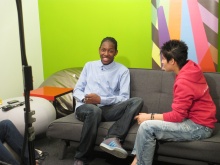 Welcoming a return to the Granada region, ITV Granada News will feature Fixers past and present from 6pm on Wednesday 2nd January.

Former Fixer, Akeim Mundell (18), will be featured in the film speaking on how his 'Fix' wouldn't have been possible without Fixers.

The student previously organised an event for 600 young people as a way of highlighting there was not enough for young people to do in their communities.

"Without the help of Fixers, none of it would have been possible. It was so refreshing working with really passionate people," he said.

As well as taking a look at all the wonderful work Fixers has been doing, the film takes a look at upcoming Fixers’ stories, including that of 19-year-old Richard Howarth.

Richard is from Oldham and has been blind since the age of 10.

His story - which is to be broadcast on Thursday 3rd January from 6pm – highlights his desire to change the pop industry’s perceptions towards blind and disabled people.

He wants to confront the barriers he encountered as a disabled person when dealing with the pop industry and make it less of an issue.

He is hoping to set up a concert with entirely disabled performers to showcase their talents and how they work.

Despite facing such adversity, his courage pulled him through and even got the chance to perform at the London 2012 Paralympic Games.

He’s passionate about changing stereotypes towards blind and disabled people and adamant about making a real change in the music industry.