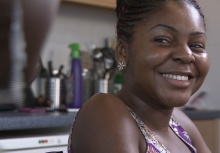 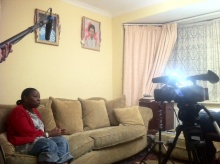 A young woman who had two children during her teens wants to empower young mums to achieve their potential despite judgemental stigma from other people.

It was difficult for Yvonne who says she was fearful about how she would cope, and wary of the judgements she would get from other people.

But Yvonne decided to take control of the situation and turned her situation into an opportunity to share her experiences with other young mums, to provide support and guidance.

“Having two children by the time I was 19 was a scary time in my life,” said Yvonne. “I was not sure if I could do it at first.

“But then I decided to turn my life into a positive. I decided to make motivational videos for young mums via Youtube, to show people that I am an ordinary person but I am still making the most of my life.

“I just wanted to give hope and reassurance to others like me, because there is such a negative portrayal of young, single mums these days.”

Yvonne is making a documentary showing her experience as a young mum. She is also holding a number of seminars across the London area for young mothers.

Yvonne aspires to be a motivational speaker and hopes her project will show how open, honest discussion about the topic of young mums will change peoples’ perceptions towards them.

“My aim is to inspire as many mothers as possible to take action in their lives, if they have not already. Many young mums deal with rejection from their friends, family, and even society,” she said.