Fixers back on ITV Central 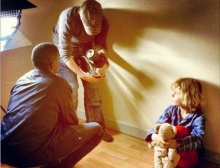 As part of Fixers' return to ITV Central, a film about a young man who was victim of childhood abuse from his mentally ill mother, is being shown this week.

Tom, who didn’t want to reveal his real name, struggled with his mother’s Obsessive Compulsive Disorder (OCD) and still bares the emotional scars of his childhood.

Kyle Bell (20) decided to tell 22-year-old Tom’s story about his friend’s struggle with a mother who had mental health problems and will be shown on ITV Central News on Thursday.

There will also be a brief look at what our Fixers have done so far shown on ITV Central News the day .

Fixer Kyle hopes to raise awareness to other young people and health professionals alike so they are aware of the effects of abuse during childhood.