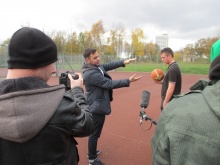 Shaun and the filming crew 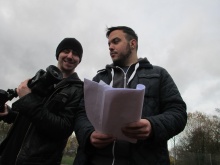 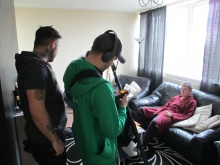 Shaun with the filming crew and actor

A determined Fixer from Newcastle, whose time unemployed led to him to depression, has produced a powerful film highlighting what being out of work can do to young people.

Shaun Phillipson (22) battled through months of jobless unhappiness after leaving his low paid construction job due to workplace bullying.

Speaking about his experience he said: “Being unemployed was very hard, you begin to doubt yourself hugely. A little bit of you feels like giving up.”

Since making his film, however, Shaun has found a job and hopes to inspire others in the same position he was.

His docu-drama highlights the experience that young people go through when they cannot find work.

Shaun's short film concentrates on the long term effects of being out of work, and hopes his powerful piece will alert politicians and large organisations to raise awareness about a serious issue.

Shaun now works with a security firm after talking through his problems with a local council outreach scheme. He now hopes his film will benefit others and force them to change their lives for the better.

“I’m sure there are many other people out there like me so if I can inspire just a few of them, that would be the goal.

“I want to encourage people never to give up in life and pursue their ambitions. There is so much help out there for people who are willing to take the first step.

“I want to try and find other ways to develop skills and outline potential routes into work so that young people can avoid how I felt.”