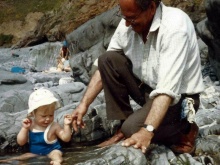 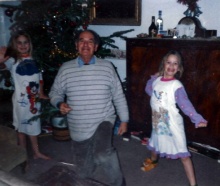 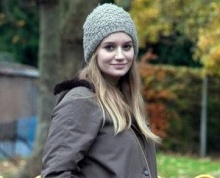 Georgina Trevor (24) - who now lives in Bristol but grew up in Exeter - was born when her father Tudor Trevor was 68-years-old, meaning Georgina spent a large portion of her childhood coming to terms with the health problems associated with age.

She developed a fear of his death which ran throughout her childhood and through her teens, especially when her father’s health began to decline.

“I was aware that my Dad was different from a very young age,” said Georgina, “and it became difficult sometimes.

“It means that active things like playing in the park, piggy backs, and sports days are no go. You quickly realise how frail your parent is, and that takes its toll. But it would be easier if there was more support for people in a similar situation, and that’s what I’m trying to fix.”

Georgina’s film sees her revisiting places from her youth, talking about the influence her father had on her life, before talking to a psychologist who explains the effects elderly parents can have on their children.