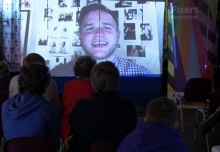 Olly Murs sends a message to the Fixers 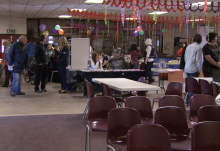 Landscape picture of inside the decorated village hall

Kaitlin Trenerry (16) and Kieran Hutchence (17), both from Harwich, decided to hold a festival to celebrate the variety of talented young people across their town after they became concerned about how young people are stereotyped for wearing hoodies.

“We noticed that young people are struggling to escape the stereotype of being trouble makers, especially if they wear hoodies,” said Kaitlin.

“Also Harwich lacks things for young people to do, so we wanted to bring the town together to raise moral and show the creativity of young people in the town.”

The festival included a number of stalls and stands from cakes, to crafts, and even a snake display.

There were a range of live bands at the event, and ITV Xtra Factor host and popstar Olly Murs left a message of support for the Fixers.

“Overall, the festival was such a great event,” said Kieran.

“We managed to do what we set out to do, creating a great, creative atmosphere for whole mix of people at the festival, young and old.”

About Kieran and Kaitlin