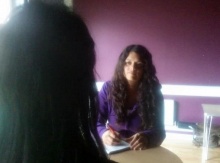 Nicola Johnson and the Fixer 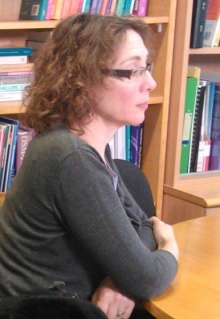 A young woman from the Bristol area is lifting the lid on abuse in teenage relationships by telling her own stories of physical and mental abuse from her long-term teenage boyfriend.

‘Melody’ (19) – who wishes to keep her identity secret – experienced violent abuse from her boyfriend, but it was only after speaking to others that she realised how common domestic violence in teenage relationships is.

Melody thinks that the issue of domestic violence in the relationships of young people is often ignored because people do not detect the signs of domestic abuse.

“What started out as emotional abuse soon turned violent, and that is when I knew I needed to speak out,” she said.

“Far too many young people suffer in silence. I think people tend to assume that domestic violence does not occur in young relationships, but it is a real issue.

“I would like people my age to recognise the signs, to put a stop to the abuse, and to get help.”

Melody is creating a short interactive film which she will broadcast in local schools. The film will show reconstructions of domestic violence and ask the audience for their responses to the situation.

She wants to show that victims can get emotional support from a variety of places, and abusers can get help too if they recognise what they are doing is domestic violence.

Also involved in the project is Christine Barter, who is the Senior NSPCC Research Fellow at Bristol University.

Melody said: “My project is not about placing blame. It's about knowing when it’s time to talk about a problem to someone, and knowing there is always somewhere to go.

"I would love to share my own personal experiences because I think it’s important that young girls – and some boys too – see that domestic violence can happen to anyone, and that there is help available to change the lives of the victims and the abusers."

There are links to various support networks at the bottom of this page.

NOTE - The women identified in the pictures are the Young People's Coordinator Nicola Johnson, and Senior NSPCC Research Fellow Christine Barter. They do not show the Fixer, who wishes for her identity to be kept secret