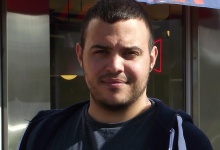 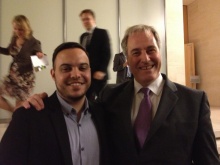 A young man from Newcastle, who suffered from depression due to unemployment, is producing  a film to highlight the de-motivational effects long-term unemployment can have on young people.

Shaun Phillipson (22) has been struggling with unemployment since he left school. With few qualifications, he has only worked in low paid construction jobs – unfortunately jobs where he became the target of workplace bullying.

When the victimisation became too overwhelming, he left his job as a labourer and sank into depression after months of no work.

“Because I could not get a job, I become very doubtful of my own ability,” he said. “It really knocks your confidence, and you become very demotivated to do anything.

“Through this docu-drama film, I wish to high light some of the situations and de-motivations young people experience with long term periods of unemployment. I hope this will help young people open their minds and create a positive attitude towards gaining employment, training or education.”

Government statistics show over one-million young people are unemployed – the highest number in 17-years. Many unemployed young people live in the North-East of England, and Shaun hopes this film will bring hope to others who feel the same as him.

Shaun’s film is based on a large amount of research he has carried out into unemployment, and focuses on the stories from many people involved in his research.

He hopes his film will target decision makers, politicians, and organisation representatives who could help raise awareness of the struggles young unemployed people face.

Shaun has now found employment with a security firm after talking through his problems with a local council outreach scheme.

“I hope my story is useful to others, and encourages them not to give up, or lose faith, and to keep developing skills with whatever help is available.

“I believe that your mind is like a parachute - it does you no good until it is open.”