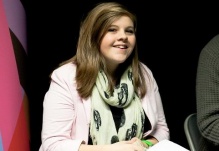 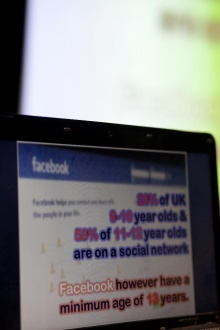 In front of a small local audience, Fixer Sophie Thorne (17) showcased her film which raises awareness of cyber-bullying.

Sophie, from Swindon, debuted her film at the Swindon Arts Centre.

The part-animated film raises awareness of the effects of cyber-bullying, and to allow sufferers to understand they are not alone.

“People just do not understand the damage they do with this kind of bullying,” she said. “They think because they are hiding behind their screens that they’re not doing any real damage.

"But the abuse is just as bad as any other form of bullying, if not worse because things can get out of control so quickly.”

Sophie experienced abuse from her schoolmates through malicious text messages and online comments, especially on Facebook.

The abuse became overwhelming and Sophie turned to self-harming. Since then, her college has taken action to stop the bullying.

Part live-action, part animation, the film focuses on the main character, Ellie, who experiences cyber-bullying over her phone and on the internet.

Sophie plans to take the film to schools, colleges and youth centres across Swindon to make people more aware of the damage cyber-bullying can cause.

You can watch the film above. And, for more news on Sophie’s project, click the links below.