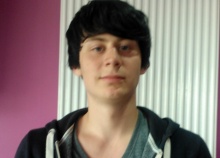 A young man from a quiet town just north of Bristol wants to encourage his community to become involved in the local music scene.

Dale Manning (18) lives in the small town of Yate, South Gloucestershire – a place which he believes is often overlooked, despite being full of talented young people.

He wants to attract attention to Yate, particularly to local bands, by creating a website with the help of Fixers to publicise the creativity of young people in the town – and he wants the community to become involved too.

“The music scene in Yate is fantastic,” he said, “but a lot of bands here do not get the recognition they deserve, usually because no one really knows about this world existing in the town.

Dale, who is part of a local band, already runs his own blog which publicises talent in his area (http://risingstarsuk.wordpress.com ) and hopes his project will expand on this and encourage more young people to showcase their talents.

“I want to allow bands in the area to reach audiences they may not have been able to reach, in and out of the local community. It’s important that young people are recognised for their hard work and skills, and I hope this website will give young people opportunities for greater interaction with the community and their fans.”