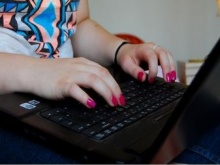 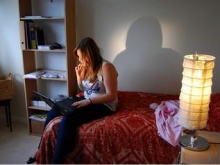 A 17-year-old woman from Swindon, who was bullied online by her own friends, is determined to show how cyberbullying can ruin lives and even lead to suicide.

Watch her story, which featured on ITV News West Country in November 2012, at the top of this page.

Sophie Thorne became the target of cyberbullying last year over the internet and via text messaging.

The abuse - which started at school - continued to follow Sophie through to her college. The regular bullying lowered her self-esteem so much that she self-harmed.

Thanks to support from her family, the school and college, action has now been taken against the bullies. However, Sophie wants to continue to raise awareness of this 'faceless' type of crime.

To shed light on the problem, Sophie has created an animated film with the help of Fixers.

The film will be screened across Swindon, educating people of cyberbullying and assuring victims that they shouldn’t feel ashamed to speak out.

Also involved in the project is fellow cyberbullying victim and Swindon Youth MP Carney Bonner (18) who supports Sophie’s campaign and was interviewed for the broadcast piece, sharing his experiences of online peer abuse.

In addition to her Fixers film, Sophie has also created a lesson plan, presentation and role playing exercises for anyone who would like to run a workshop to raise awareness of cyber-bullying among young people.

For further information and advice on cyber-bullying, call ChildLine on 0800 1111 or visit their website.