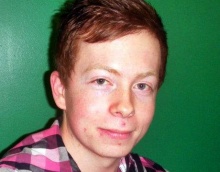 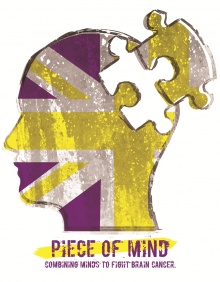 After the death of his father to brain cancer just before his second birthday, Bradley Sowter (19) wants to use his experience without a father to raise awareness of the condition.

By designing a unique range of t-shirts, Bradley hopes to bring the dangers of brain cancer to everyone’s attention.

“Brain cancer is very difficult to detect early because some of the signs can be put down to other illnesses,” Bradley said.

“It is a very deadly illness, yet no one really knows about it. A lot is done to promote breast, testicular, or prostate cancer awareness, but little is done to warn people of brain cancer.”

Unlike many other cancers, there are no ways to self-diagnose or check for signs of brain cancer, and the symptoms are difficult to distinguish.

Bradley says the condition – which killed his father when he was just two-years-old - left a large gap in his life.

“I was too young to understand what was going on when my father died. It was hard to grow up with the absence of a father. It was hard to explain to friends why my father never collected me from school, and sometimes people would not believe me, which did hurt me.

“Nowadays I listen to stories from my family about how much I’m like my father, and I wish I could have just met him.”

Bradley hopes to raise awareness of the condition by designing and producing t-shirts to help spread the word about his story and the illness. These t-shirts will then be distributed in a special event in Canterbury, Kent, on 19th October.

Bradley is also working with Kate Kershaw from the Brain Tumour Charity (http://www.thebraintumourcharity.org/ ) to promote the campaign.

“I found inspiration for this project from the Great British diving team, especially after hearing Tom Daley talking about the death of his father,” said Bradley.

“Our fathers both died of similar conditions, but that was not necessarily what I felt I shared with him.

“I remember he said that people often say ‘sorry for your loss’, and you tend to say thank you and that everything is alright.

"Yet it’s not 'alright', but you cannot say that to people because that is not how you should react. Sometimes it really can feel quite lonely and isolating.

“What I want to do is emphasise that most cancers - even potentially terrible ones - can be cured if found early. Cancer is a word, not a sentence.”