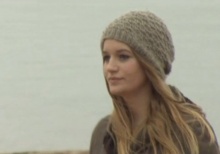 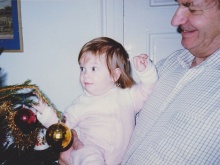 A young woman from Bristol is raising awareness of the mental strain living with older parents can have on a young person.

Through her documentary, ‘When I’m 64’, Georgina Trevor (24) hopes to highlight the emotional impact living with older parents can have on children, to improve the emotional support children receive from teachers, youth workers, health professionals, and the older parents themselves.

When Georgina was born, her Mum was 30, while her Dad was 68-years-old. Georgina was just 15-years-old when her father died, aged 83.

“It was a really strange situation where I was starting school and my Dad was over 70-years-old,” she said.

"I always knew my Dad was older than normal, but found it frightening to think he would probably die a lot sooner than most fathers."

Georgina lived in fear of his death through her childhood, and this caused a lot of distress as she got older.

“As a child, I was very clingy and needy because I was very anxious about death, and very aware of being alone. Living with an elderly parent is different for many reasons. It means that active things like playing in the park, piggy backs, and sports days are no go.

“The relationship is similar to grandparent and a child. You are very aware of how frail your parent is. It can also be embarrassing as you become more self-conscious and begin to realise the difference between your Dad and your friends’ Dads.”

Georgina sought counselling to deal with the mental distress of living with an elderly parent, but says her experience of counselling was poor as she could talk to people who did not share her situation.

"I think the lack of support was because people were conflicted between trying to understand the grief of a daughter, while understanding that 83 is a good age to reach - a "well, he had a good long life" kind of attitude, overlooking the fact that we had not had a long life together."

But now, as an adult, Georgina realises there are positives through her experience of living with an older father.

“They have so much more time for you and are full of affection, and my Dad had a whole lifetime of adventures and stories to share with me, which was wonderful. My father is my biggest inspiration.

“Yet at times, it was tough. I feel there is no proper support and professional understanding of this issue,” Georgina said.

“I want to help others so they do not experience the same lack of support, especially now many people are choosing to have children later in life."

As well as being broadcast on ITV, Georgina's story has also been featured in the Daily Mail. Click the links below to read more.