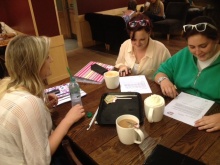 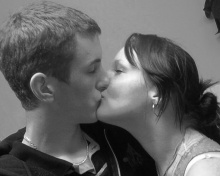 Laurence, who was an advanced bike rider, died at the scene after sustaining multiple injuries from the collision with a bus. Jennifer was left with terrible injuries, all of which prevent her from riding a bike today.

Jennifer was lucky to be alive after shattering her sternum, pelvis, skull and legs. She needed months of medical attention, and was resuscitated six times in total.

But rather than just be thankful for that, Jenny has taken the brave step to go out and make a difference to road safety.

“Laurence had all these ideas about how to make roads safer,” she said. “He was passionate about ensuring deaths on the road were reduced.

“After the accident, I did not want to let his memory or ideas go, and that is why I am keeping his beliefs alive today.

Jenny is creating a campaign film to target young people who are about to start driving, detailing to them the dangers of the road, whether on a motorcycle or in any other vehicle, and how protective gear is key.

“Motorbikes, and all vehicles, are only dangerous when there is a combination of poor skills and poor awareness from other road users. I want to destroy the misconception that bikes are dangerous, but equally point out that you are putting yourself and others at risk by using the roads dangerously.”

The film sees Jenny returning to the scene of her accident, and meeting an advanced motorcycle instructor for his view on how young people can stay safe on the roads.

Jenny wants to take the film into schools and colleges around the country to encourage them to be as fully trained on the roads as possible.

“Young drivers especially have this feeling that they are invincible on the road, but they are not. There are so many factors to consider, and not everything can always be under your control, no matter how skilled you are. I just want to encourage people to be safe to stop tragic events like this.”

Jenny hopes her film will go nationwide, also making a difference to the DVLA and how they teach motorcycle awareness in driving and motorcycle lessons.

“When you get behind the wheel or the handlebars of a machine, it can become a lethal weapon in the wrong hands. You would not go out and randomly hurt someone with a weapon, so why drive dangerously?

“We do not want to put people off using the roads, but we want people to be aware of the dangers. It only takes one small error of judgement to hurt a large amount of people.”