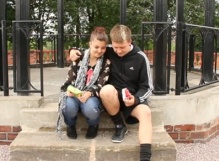 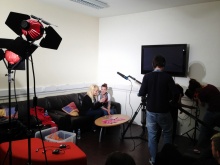 A group of Fixers from Stoke-on-Trent make a film to promote the importance of sexual health.

With easier methods to  get tested for Chlamydia than ever before, the film is to raise awareness of how quickly and effectively the infection can be diagnosed and treated.

The film focuses on the relationship of two characters discussing sexual health. While initially an embarrassing topic, the film shows just how easy it is to be tested and treated, and how these simple tests can put you and your partner's mind at ease.

Lead Fixer Kirsty Gaunt (16) said her inspiration for the project was after hearing so many stories from people about sexually transmitted infections.

"We have always been taught about sexual health through school, but people still joke about the possible infections you can catch through sex as if it is all some sort of joke.

"Sexual health is very important, not just for yourself, but for your sexual partners too. So we wanted to show that checking your sexual health is nothing to be embarrassed about and is actually something which can prove useful and reassuring to yourself and others."

Senior Creative Producer Tarryn Paul said: "The shoot was great. It was refreshing to have the help and enthusiasm from such a large group of young people who really want to make a difference, not just in their area, but to others across the country about a topic which is often hushed up."