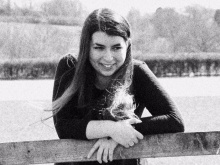 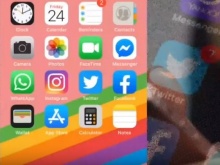 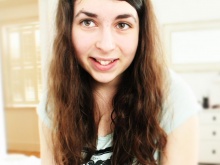 Most of us are guilty of only sharing the good things about our lives online.

But have we considered the impact this has on those following our social media accounts?

Jenni Brooks, 22, from Derby, has created a short film about just this and hopes people will be more mindful of what they are posting.

‘I know from experience that a lot of people tend to censor their lives on social media instead of sharing the truth,' Jenni explained.

'Because of that people have a tendency to compare themselves to it.'

The university graduate personally noticed the impact of people censoring their lives when she was studying at De Montford University.

Fellow students would only post their good exam results, making others who had not achieved such high grades feel down.

‘They would only ever post the results they were proud of, which would make me compare my results to them and if I had a low mark I would feel bad,’ she said.

Jenni’s film, which is being launched on World Social Media day, shows a series of examples of a censored (and at times untrue) post which illustrate a perfect life. But the clips are followed by a ‘what really happened’ description, which paint a very different picture.

‘We are guilty of censoring our lives online,’ Jenni admitted.

‘But people should be mindful of this when they are constantly posting their ‘perfect lives’ online.

‘Some people post the good and the bad, but just posting about the bad stuff can also be damaging as well.

‘I hope this film helps people think twice before they post online.’

This project was funded by Derbyshire PCC.