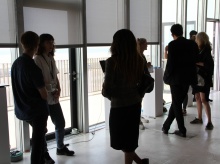 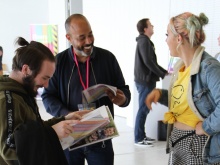 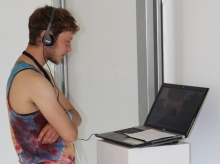 Young people gathered in Margate yesterday to campaign for better outcomes in education, in their homes and in their communities.

Over thirty young people, who have campaigned on issues from poor transport to better mental health support, showcased their work to an audience of invited policy makers and stakeholders.

The event, held at the Turner Contemporary, was the culmination of a year-long programme of work funded by the Colyer Fergusson Charitable Trust.

Katie Grant, who attended the event to promote her LGBT keyrings, said: ‘I was really nervous at first and didn’t know what to expect, but everyone was so welcoming and it felt good to tell my story.

‘Everyone seemed really supportive of my campaign and it was good to see the work of other young people.’

This particular body of work, titled Fixers Investigates: Poverty of Opportunity in Kent, has seen the charity speaking to nearly 400 young people across the county and asking them what they believe the barriers to success have been.

Young people have not only discussed the problems but posed potential solutions which they believe will help improve the outcomes for the next generation.

These views have been written in to a voice led report which was handed to audience members at yesterday’s event.

Fixers has also completed 18 projects with young people, ranging from comic books to wristbands, films and spoken words. The aim of these is to highlight specific problems young people are having, using their own experiences and their own words.

You can view these projects by visiting the dedicated microsite.

Stephen Fenning, Fixers young person coordinator for the area said: ‘It was a really exciting day as all the young people we have been working together came together and spoke out about the issues facing them today.

‘For many of these young people it was the first time they told their story publicly. We hope people listened to what they said, and to the solutions they were proposing.’