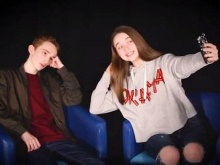 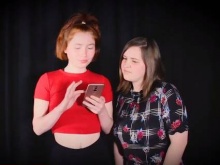 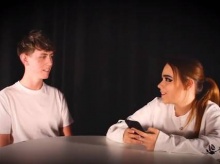 A young man is hoping to show people the difference between healthy and un-healthy relationships with a short film.

Owen Shore was shocked when he witnessed friends’ relationships in sixth form.

Girls were picked as an accessory and others strove for a fake imperfection pedalled by social media.

He hopes the film, created with Fixers, will help young people spot a toxic relationship and take action before things deteriorate.

‘I hope people watch this film and realise it’s important just to be yourself,’ 19-year-old Owen explained.

‘My message is to really think it through before you decide to get in to a relationship and stand up for yourself and your views. It’s about mutual respect.’

Owen, from Canterbury, first noticed his friends falling into unhealthy relationships in sixth form. He believes many people only entered into a relationship because it was the thing to do.

‘People were just following the crowd and doing it for the sake of it, and as a result they were getting emotionally hurt by people experimenting,’ he said.

The student also claims social media has a large influence on people.

‘What you see on social media is not real,’ he said. ‘It is really damaging for young people. Some people can see through it but others strive to achieve what they see.

‘Everything is so superficial.’

Owen hopes his short film will help young people feel better informed about abusive behaviours and what they can do should they find themselves in one.

This project was supported by the Colyer Fergusson Charitable Trust.