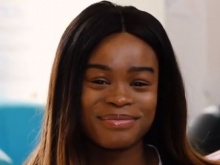 Esther wants people to be happy to be themselves.

She has made a film with Fixers. 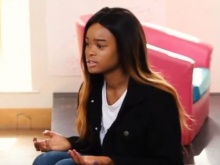 She is a woman on a mission to spread positivity and promote uniqueness amongst young people.

Esther Bamuyi, 19, from Gravesend, wants to empower people her age to feel confident to be themselves.

So she has made a film with Fixers called ‘Embrace Your Individuality’ which features her self-penned spoken word piece.

‘Regardless of things like what a person earns or the clothes they wear, every person is an individual and they should carry their personality as something that is their own,’ says Esther.

‘They shouldn’t be concerned with following trends or what other people think.  It’s their life and they should feel free to do whatever they want to do.

'We all have our own place in society and we should all celebrate each other.’

Esther – who hopes to pursue a career in drama therapy - says her family has always inspired her to stay true to herself.

‘When I was younger there were times when I compared myself to other people in a negative way but I realise now that we all have our own paths to follow.

‘The world would be a boring place if we were all the same.  Everyone has something different they can bring to the table.'

Currently studying for a BA in Social Work, the undergraduate recognises that young people are under a multitude of pressures in the 21st-society, not least from social media.

‘Social media has many benefits but if young people see a post from somebody like Kim Kardashian they can subconsciously compare themselves to how she looks or what she’s wearing, and everyone tries to follow that trend because it’s what everyone else is doing.’