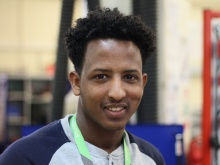 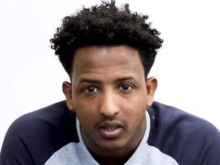 Daniel wants young people in the UK to appreciate what they've got. 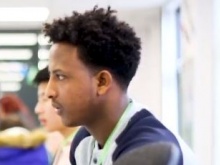 He has made a film with Fixers to convey his message.

A 19-year-old former refugee is appealing to young people in the UK not to take the opportunities available to them for granted.

Daniel Habte, 19, who lives in Folkestone has made a film with Fixers called ‘The Lucky Ones’ to share his story.

He hopes it will inspire young people living in the UK to realise just how fortunate they are.

‘Imagine if you grew up in a place where there is no freedom of expression, where you have no choice but to rely on yourself, where you don’t have access to education and healthcare,’ says Daniel.

‘There are so many opportunities in this country that I didn’t have before – the chance to learn, to achieve, to excel, the chance to contribute, to give back, to thrive.’

After fleeing his homeland of Eritrea in 2014, Daniel arrived in the UK in May 2015 after a long and arduous journey.

He fled the north east African country at the tender age of 14 after a number of his friends there were forced to join the army against their will, never to be heard from again.

Running away from home without telling anyone his plans, he left his beloved mother father, brother and sister behind – knowing he would never see them again.

‘I completely risked my life to leave Eritrea,’ he says.  ‘It is not a safe place, people don’t have freedom and the political situation is unstable.

‘I couldn’t say goodbye to my family or tell them what I was planning because I knew they wouldn’t want me to go.’

When Daniel arrived in the UK, he settled in Kent where he was taken in by a foster family and started in Year 11.

He could not speak a word of English but has worked hard to pick up the language and has dedicated himself to his studies.

Currently at college full-time and working a part-time job, he has recently applied for a place at university to study mechanical engineering.

He says he finds it frustrating to hear young people in this country moaning that they are stressed.

‘They should think about the children of countries like Eritrea,' says Daniel.  'Whilst they are complaining about having to go to school, children there are waking up before dawn to walk miles and miles, and they think they are the lucky ones.

‘But the real lucky ones are the ones who get to learn, better themselves and have the best start in life – all thanks to the country they are born in.

‘There are people who risk their lives just to get a tiny bit of the opportunities these countries offer.  People like me.’

Keen to make the most of the possibilities life in the UK offers, Daniel is determined to work as hard as he can.

‘You have the chance here to work hard and dream big, nothing can stop you if you try, you can be anything you want to be.

‘Take advantage of the opportunities given to you instead of taking this life for granted.  You only get one life, make the best of it.

‘I am so grateful for the opportunity to become the best person I can be.’