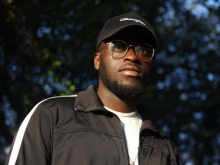 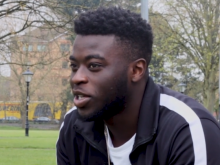 He has made a film with Fixers to get his message across. 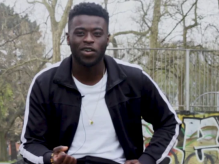 Emmanuel doesn't want people's job aspirations to be snatched away by the realities of life.

‘A lot of people settle and my question is why?’

Emmanuel Dadzie, 18, is urging young people not to give up on their childhood career dreams once they become an adult.

He is concerned that too often the demands of day-to-day life mean that long-held ambitions fall by the wayside.

So he has made a film with Fixers to inspire his contemporaries to take steps to fulfil their potential instead of getting caught in the grind of day-to-day life.

‘I believe everyone knows what they are capable of and has an idea of what they want to do with their life,’ says Emmanuel, from Southampton.

‘So I am saying to young people who are leaving school, “what’s stopping you from doing what you really want to do?” I want them to know that they can do anything they put their mind to as long as they put in the work.’

After Emmanuel left school at the age of 16, he says he quickly realised that the adult world wasn’t quite as he had imagined.

‘I didn’t have a clue what life was about until I Ieft school and got a reality check,’ he explains.  ‘I suddenly found myself in a chaotic world.

‘I realised I needed to make money to live and survive, and I forgot what it was that I wanted to do with my life.

‘It can send you into a panic and leave you rushing to get any job. From there, it’s easy to stop believing in yourself and what you’re capable of.’

When Emmanuel was a child he says he always wanted to be a specialist mechanic.

But when he left school and needed to earn money, he found himself in a succession of retail jobs that were a world away from his ideal career in order to pay the bills.  He is currently working in a care home.

Emmanuel no longer dreams of becoming a mechanic but instead is aiming to become a support worker, working with young people – and is willing to work hard to achieve this goal.

‘I want young people to ask themselves, what is it that I want to do with my life?

'How can a ten-year-old know what he wants to do with his life but there are 20 and 30-year-olds that haven’t got a clue, and are miserable working nine to five jobs just to pay the bills?

‘Children are free thinkers.  If they like something, they decide they want to do it.

'But then when you get older, that gets snatched away from you by the realities of life and the world.  I don’t want people to settle.’