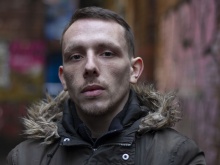 Sam's telling struggling young people not to give up... 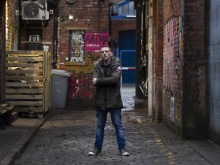 You don't know what's around the corner! 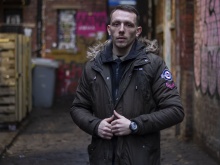 Don't give up on life!

“I didn’t trust anybody. I was on my own. The world was against me. I did many things to survive. I’ve sold drugs. I’ve fought for money. I’ve been stabbed eight times. Crazy stuff like that.”

After spending much of his childhood in care, 29 year old Sam Kirkpatrick from Manchester was homeless for six years. At one point he was so desperate, he tried to take his life.

“I jumped off a 30 foot drop. I hit some rocks and landed in the sea. I broke my legs. And so I was homeless with broken legs for about two years. Even now I have to live with the pain every day.”

But despite some dreadful experiences, Sam has a message of hope for young people who find themselves in a dark place.

“The main message is never give up,” he says. “You don’t know what’s around the corner and you’ll never know if you give up. I nearly gave up but something stopped me.”

An important milestone for Sam was his relationship with Fixers.

“I was living in a hostel and Mariam from Fixers visited me,” he remembers. “I said I wanted to raise awareness of homelessness and we made a music video based on my experience. I was also featured in a TV report on ITV Granada.

"It opened opportunities for me to perform my music. So that opened an opportunity to get a house and from there I was able to find myself again and structure my life.”

Sam describes himself as a self-taught music producer, rapper and singer.

"If I had something on my mind I would write it down and I’d read it back and have a better understanding of what I was going through. Music’s my meditation basically. Without it I’d crumble.”

“I’ve done some amazing things in the last few years,” he says. “I’ve been to Romania and studied refugees and migration and youth mobility, all paid for. I’ve worked on many different youth projects and every single one of them has been successful. I’ve achieved more than anyone ever thought I would achieve – including myself!”

Recently Fixers has helped Sam make a second video where he speaks frankly about his life’s journey.

“If I was to write a letter to my young self today,” he says, “I would tell him to be patient, to hang on. You never know what’s going to happen in life. Don’t put life down before you have lived it.”

Sam’s latest project was funded by the Balcombe Charitable Trust.