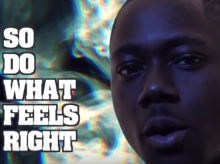 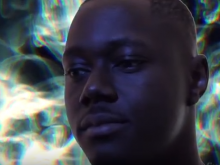 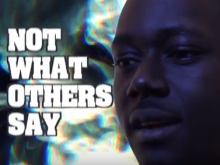 You are free to make your own choices – this is the message to young people considering taking drugs.

'Martin', 21, from Salford, spent his youth being pressured into taking drugs. The effects they had on him were extreme and he wants to stop other teenagers making the same mistakes.

Together with other young people from Salford Foyer, 'Martin' has created a spoken work film he hopes will encourage students to think twice before taking drugs.

‘When you are taking drugs you end up in an environment where everything seems better, like a movie, but in reality that isn’t the case,’ he said.

'Martin' was 16 when he first started dabbling with drugs. It started with weed, which he smoked for some time before a friend introduced him to ecstasy.

‘My friends were taking it and the temptation was there,’ he explained. ‘People would tell me how good the buzz was so I thought I would try it.

‘I started taking more and more before then moving on to harder drugs.

‘One day I had a really bad reaction to pills. It scared me so much I decided enough was enough. Now I want to help others so they don’t go down the same spiral I did.’

The group all believe peer pressure has a huge part to play in drug taking. They hope their film will encourage people to think about the consequences of taking drugs and show it’s OK to stand out from the crowd by saying no.

‘When I took my first E I didn’t want to do it,’ 'Martin' said. ‘But I felt like I had to, because all my friends were and they were telling me to do it. Before I knew it I was hooked.

‘It’s ok to keep away from those kinds of people, that’s what I had to do, stick to your guns and feel confident in yourself.’