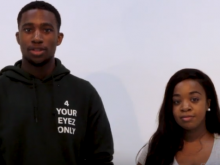 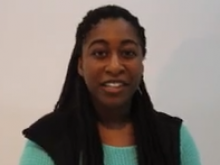 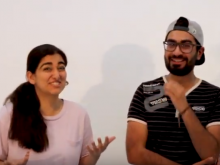 “When I was a kid, I used to think I’d like to be an actor and whenever I thought – oh I could do that role – I would look at it and think no I couldn’t because it would change the whole story line. Like if I wanted to be the main actor in one of the films or a TV show, I’d have to be an adopted child or something…”

Febimara Sey, 20, thinks there are far too few black and Asian actors in British films and TV dramas.

“Young people need role models,” she says. “What you see of yourself impacts you and, growing up, I feel there weren’t enough people like me on TV and films.”

Fixers has helped Febimara make a short film to get her message across. It features a group of BAME actors going for auditions and either being turned down, or being offered very minor parts.

They all agree it’s true to life.

Says Chante Frazer Dimmock: “In the UK, there are limited roles for black actors, especially females.

"For myself, I found myself going for roles like the gang member’s girlfriend or a side character because there’s not really much variety in what you’re cast as.”

Seyi Falas has had similar experiences: “My ideal role would involve more depth to my characters. So for example  - not just being gang member number 1 or 2, but someone who has a name and a background, someone who you could see what the character’s been through.”

Febimara, from Borehamwood in Hertfordshire, is currently studying Management and Marketing at University but wants to do a Masters in film-making and use it to go into advertising.

She says: “The main thing for me is the representation of people – and how you can look at yourself.

"When young black and Asian people grow up and want to be actors, I want them to be able to do that. It’s about a sense of equality.

"I feel like the film industry could be better because even in the BAFTAs, the number of awards for minorities is very low. It’s the same with the Oscars as well.”

At least one of the actors in Febimara’s film is optimistic.

"It’s just really nice to watch black and Asian people on TV -  and them not being in stereotypical roles.”