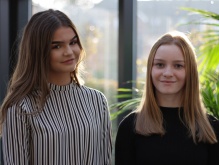 Lucy and Millie were bullied online 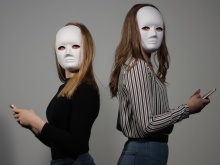 They were sent anonymous messages 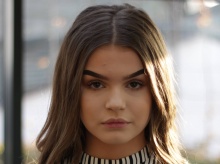 They want teachers to take it seriously

Two girls who were viciously bullied online when they were 11-years-old have bravely stepped up to tell their story.

Millie and Lucy were in Year Seven when the torrent of abuse over Facebook and Instagram began.

It left them fearful of going out alone, and later, when they discovered the abuser was in fact a girl in their class, it made them mistrustful of their peers.

Three years on the girls, who are both 14 and from Derby, hope by speaking out they can warn other young people about the dangers lurking online.

‘Mine started when a fake account started messaging me,’ Lucy explained.

‘They sent a paragraph about who I was and what I did, it was personal information about where I lived. At the time I had no idea who it was.

‘I was shocked and scared and did not know what to think.’

In fact these fake accounts were being created by another girl in their year at school. They had all been created in Millie’s name – a tactic known as catfishing.

At first the messages sent from these accounts were tame, but they quickly become vile with threats to rape, stab and kidnap.

The messages were reported to the police, but there was little evidence for them to go with and it took another five months before officers were able to investigate further.

By this time the sinister messages were coming thick and fast. One read: ‘You will die tomorrow; your head will get chopped into a thousand pieces.’ Another depicted a picture of a man holding a sign which read ‘I will kidnap you.’

Millie’s mum Sarah, who is the deputy manager at a children’s nursery, recalls: ‘There were so many messages I just became numb to it. The kids got blasé about it and would just send the messages straight to me to keep as evidence.

‘I had to train myself to be in work mode and detach myself from it, but for other family members it was a very difficult and emotionally draining time.’

With almost one in four 8 to 11-year-olds having a social media presence it is now more important than ever to take steps ensuring safety online.

Lucy and Millie hope their film will encourage teachers to take online bullying seriously. They also want to tell others who may find themselves in a similar position to speak out.

‘If you think you are being bullied tell someone straight away, because if you leave it the more stressed you are going to get and it will be overwhelming,’ urged Millie.

This project was supported by the Derbyshire Police and Crime Commissioner.