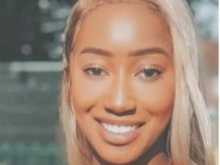 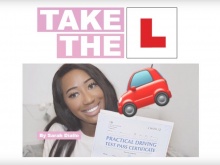 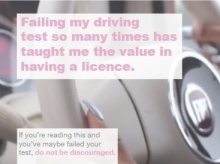 It includes tips on how to prepare for tests, and what to expect on the day

A young woman from Worthing is turning her driving test failures into positive motivation for discouraged student motorists.

Sarah Diallo, 23, took six attempts to pass her driving test, and her experiences inspired her to create a booklet entitled ‘Take the L’ to encourage drivers not to be disheartened by failures.

‘I was disappointed the first time I failed, but not particularly upset because I know a lot of people don’t pass time,’ she explained. ‘However, with every failure it got worse and I felt like I was never going to be able to pass.

‘I think it was the anxiety of the tests; I’d overthink simple things, and in one of the tests I failed my leg started shaking so badly that I couldn’t operate the pedals and had to ask the examiner if I could pull over.

‘It was disheartening because I got to a point where my friends were telling me to stick to taking an Uber everywhere.’

Sarah, who is a blogger and YouTuber, was determined to turn her negative experiences into something positive, and after finally passing in December 2017, she uploaded a video to her YouTube channel about her driving journey that has since amassed over 19,000 views.

‘It was great to get such a positive response from my video, and that’s why I want to be able to help other people in a similar situation with this booklet,’ says Sarah.

Her booklet gives advice on how to prepare for test day, as well as tips on how to stay safe and comfortable on the road. Sarah also breaks down why she failed each test to show her journey and help motivate learners.

‘I want people to know it’s important not to give up, and that you don’t need to put pressure on yourself. Everyone wants to pass quickly, but no one thinks about the negative effects that unsafe driving can have.

‘Now I’ve passed, I’m thankful because I’m a much safer driver because of the setbacks, and in the end they taught me the value of having a licence.’

Going forward, Sarah wants her booklet to reach as many people as possible, and is hoping to share it with driving schools and promote it on her social media.

‘It’s all about motivating people,’ says Sarah. ‘Failure doesn’t mean that you can’t do it, it’s just about trying again, until you’re comfortable and confident.’

Sarah's project was funded by the Road Safety Trust.