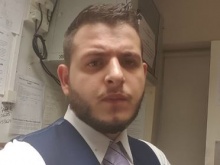 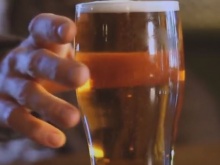 He wants people to think twice before drinking and driving

Jay has created a video asking 'is your last pint worth it?'

Twenty years on, Jay is using his experience to urge others not to drink and drive.

He has made a video, aimed at young drivers, which asks the question ‘is that pint really worth it?’

‘I want my project to raise awareness of the long-term effects of drink driving,’ Jay said. ‘The repercussions don’t just affect you a week later, for me it’s still affecting me 20 years on.

‘It won’t stop everyone, because not everyone cares, but if it stops one person from driving drunk, then that will be a good thing.’

The crash in question happened when a drink driver cut across a roundabout at 60mph, crashing into the car Jay was travelling in and leaving him and his dad lucky to be alive.

‘We were inches away from death’ says Jay, 29, from Braintree, Essex. ‘The collision forced the bonnet of the car upwards, and it narrowly avoided coming through the windscreen and hitting us.

‘The collision left me with neck and knee pain, as well as PTSD. My physios can’t do anything more for me. I’ve had all the pain relief possible; acupunctures, epidurals, and it’s at the point where I just have to get on with it.

Jay’s accident didn’t stop him becoming a driver himself, but he is still unwilling to return to the scene of the crash in Dagenham.

Latest figures from the Department of Transport show in 2016, there were over 6000 drink driving related accidents, resulting in nearly 10,000 casualties. Final estimates show as many as 250 people were killed.

‘I think it’s important to get that message out there, because nothing ever changes. It just keeps getting worse,’ said Jay.

‘I want to target all drivers, but especially young drivers aged 17 and 18, because a lot of people that age will go for drinks and then drive their friends home.’