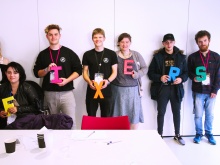 The fixers came from across the South East 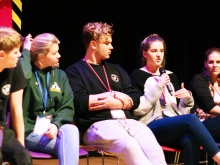 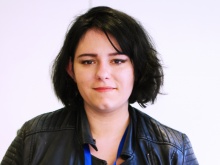 Young people from across the South East gathered in Winchester yesterday to discuss social mobility.

The Fixers, aged 16-25, congregated at the Winchester Discovery Centre to talk about the barriers affecting their social progression across the fields of education, services, employment and within their home lives.

Their conclusions and solutions were presented to an audience of relevant professionals in a ‘Question Time’ style debate, hosted by Theatre Director Jesse Jones.

‘It was really inspiring to see the young people given a platform to talk about their experiences, and to be able to listen is great,’ he said of the event.

‘It’s great to see a real dialogue between representatives from these services and the young people using them, and seeing the synergy between them and also the frustration.’

The debate, which was funded by the Blagrave Trust, was a culmination of various workshops on social mobility held with young people across the South East.

Fixer Faith Martin, 17, from Portsmouth, said: ‘I think this event is really important, because it shows that there shouldn’t be any barriers for young people to move forward in society.’

On the subject of education, young people reported a school system which does not do enough to see pupils as individuals, with too much importance placed on specific academic subjects.

Fixer Cameron Duncan-Lyon, who was on the panel for the debate, said: ‘With education, it is very much one size fits all. You’re told that if you don’t get the grades you can’t progress, and that’s how it is perceived.

‘Subjects like PSHE are less linear, but there are things that just aren’t talked about, with useless sex-ed and drug education.’

The young people want teachers to be offered more training in dealing with varied educational needs, and suggest an adaptable education with peer mentoring and vocational opportunities.

In terms of how the young people utilised services such as youth groups and sports clubs, the majority stated funding cuts had hit them hard, forcing services to close or be under resourced. Some existing groups were poorly advertised or not meeting the needs of the young people. They suggested more advertising on Facebook and Instagram would help them access these services.

A major prohibitive factor affecting their social mobility was the price of transport, with most agreeing buses and trains were too expensive, and did not run frequently enough in more remote areas. A proposed solution was easier access to student discount cards, which they said should be made available to them for longer without restriction.

When it came to discussing work the young people want help preparing for job applications and interviews, and suggested these skills should be developed more at school.

Other barriers faced by young people include the high price of rent and deposits; stigmas associated with where they live and pressure from parents to succeed..

The discussions and conclusions from yesterday’s event will be compiled in a report on social mobility, which will be presented to policy makers next year in order to influence positive change for young people.