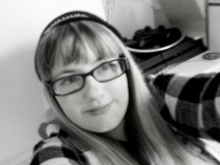 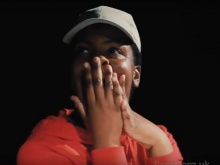 A snapshot from their film. 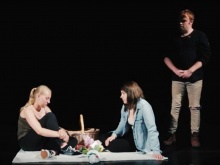 A group of West Midlands students have teamed up with Fixers to raise awareness about manipulative behaviours.

Jade Hall, 17, led the young people in their campaign to educate others on abusive behaviour.

IDAS, a charity supporting anyone experiencing or affected by domestic abuse or sexual violence, suggests ‘abusive behaviour’ includes being violent or aggressive, making threats, controlling someone's behaviour, putting them down, verbally abusing them, taking or keeping money from them and putting pressure on someone to have sex or do things they don’t feel comfortable with.

‘This awful behaviour can happen to anybody – men and women,’ explained Jade, from Oldbury. ‘This behaviour is wrong and inhumane. I don’t understand how someone can act like that and feel ok.

‘It’s wrong for people to knowingly be controlling and take pleasure from it.’

The group have released a drama sequence highlighting different actions to show young people what signs to be aware of.

These include manipulating someone by psychological means into doubting their sanity and showing over protective partner behaviours.

Recent changes to the law have now made psychological abuse within a relationship illegal.

The changes to legislation include:

1)      Sharing sexually explicit images of you – on and offline.

4)      Stopping you from seeing friends or family

6)      Threatening to reveal private things about you

7)      Putting tracking devices on your phone

10)   Controlling what you wear

The group hope to share their project on social media and abuse organisations to help encourage people to speak out and seek help if they find themselves in a vulnerable situation.

This project was funded by Sandwell and West Birmingham CCG.