It's A Two-Way Street 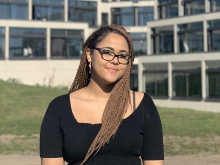 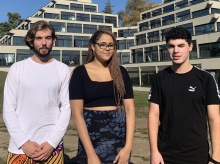 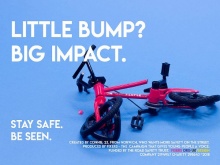 A group of students have teamed up with Fixers to create striking posters encouraging people to stay safe on the roads.

Connie wanted to be involved in the project after her father was hit by a motorist whilst riding his bike on a busy road three years ago.

‘Road safety is a really important topic for me because at university most people get around on bikes and my father had to have jaw reconstruction after being in an accident whilst on his bike.

‘Even after three years my dad still hasn’t fully recovered.’

Connaugh Gaskin, 21, added: 'I was on holiday in Spain a few years ago when I failed to enter the filter lane in my bike before pulling out onto the main road.
'I pulled out and was hit by a car doing 50pmh. Luckily he swerved so I rolled down the side of his car. If he wasn't so vigilant my Injuries would have been far worse.
'I am a driver as well as a cyclist and I feel as though cyclists should be more careful not just the cars.
'It's easy to blame each other but it's a two way street so we need to work together.'

Connie, Connaugh, and the team say cycling is a cheaper and healthier way to travel and don’t want people to be put off from cycling on the road.

A UK independent fact checking charity, Full Fact, revealed 102 cyclists were killed on British roads in 2016. Around 3,400 were seriously injured, and there were approximately 15,000 other casualties. This data was based on reported incidents only.

The Highway Code states that vehicle’s sharing the road with cyclists should always look out for them before emerging from junctions as they could be approaching faster than anticipated.

Crucially, drivers should give cyclists at least as much room as they would when overtaking a car.

Bikes should be fitted with reflectors and lights and cyclists should make sure they wear reflective clothing, according to The Highway Code.

Cyclists are also forbidden from riding on pavements.

The group want to emphasise the importance of being respectful to other people using the roads, this includes pedestrians and horse riders, but focuses on the relationship between motorists and cyclists.

The group hope to share the posters with other universities, especially those based rural areas. 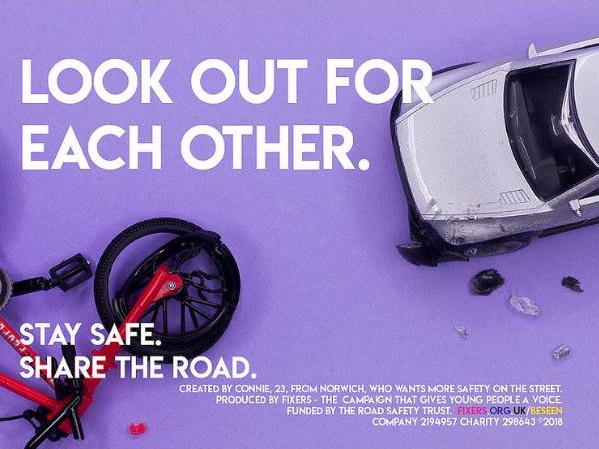