Dreams Worth More Than Sleep 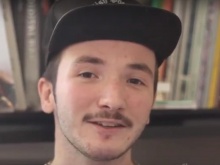 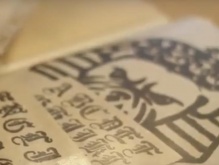 Liam has been working on English Pharaohs since he was 16 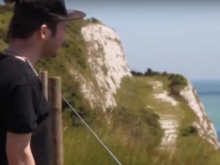 He wants young entrepreneurs to pursue their ideas despite the challenges

‘I want to show people from less privileged backgrounds and people with anxiety, that they can do anything they put their minds to, and live out their dreams.’

Liam Todd wasn’t born with a silver spoon in his mouth, but wants to show how humbler beginnings don’t have to be a barrier to success.

He has teamed up with fixers to create a film encouraging young entrepreneurs to start their own businesses and not be put off by what can seem to be a daunting task.

Since the age of 16, Liam has been working on his own clothing brand, English Pharaohs, which he says is tailored towards urban lifestyles.

‘I want to create a brand for skateboarders, BMX-ers, hip-hop dancers and upcoming musicians because I had friends in those circles, and I was documenting what they were doing, and that’s what has inspired me.

‘That’s what was happening to me when I was younger and I wanted to prove them wrong. I’m not from the wealthiest background, but I know I can do this, and I wanted to break that cycle. Both of my parents are disabled, and I wanted to help them out, so I set about starting my own business with that motivation.’

From Sheerness, Kent, he received initial support from the Prince’s Trust, through their Enterprise programme, and the Future Foundry helped him understand what he needed to do to ensure success in the future.

He also recieved help from Physical Folk, who gave him confidence and essential skills in video production.

He has been working hard to get his first product run off the ground, and hopes to have established his brand within the next few years.

Despite lacking financial investment, Liam hopes a self-sufficient approach of creating his own marketing content will help his business grow, and wants to encourage those with an idea to take a leap of faith and act on their dreams.

‘I’m hoping that people from similar backgrounds to me will be inspired to start their own business, to follow their ambitions, and to live out their dreams basically.’