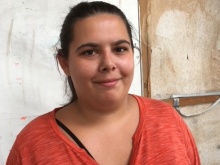 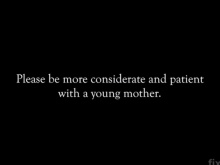 Chelsie wants there to be more support for young mothers 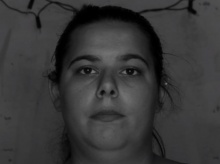 Her maternity experience left her feeling abandoned and alone

‘I felt forgotten and in the dark. It was one of the worst experiences I’ve been through.'

For Chelsie Brown, becoming a mother was a difficult time. She felt there was no communication between herself and medical professionals during her pregnancy, and suffered from Post-natal depression after the birth of her son.

Now, the 22 year old from Thame has created a film to encourage change in how young mothers are treated during pregnancy, calling for more support from medical workers to put women at ease.

‘I just want the professionals to listen to mums when they have concerns and explain the process to us because we are still learning too,’ she explains.

‘My induction was a long process. From start to finish I had three midwives in total over a 24 hour period, and I was petrified. I had no idea what induction was and when I asked the midwives they shrugged the question off. I actually rang my Grandma and she explained the process to me.

‘I never knew what was going on. I don’t feel like I’d want to have another child based on that experience. I felt totally alone.'

While she received guidance from her family, Chelsie wants there to be more support for mothers post-pregnancy.

‘I have a lovely young boy, but we were left to fend for ourselves. I didn’t know where to go, and who to talk to, and every bit of help I got myself.'

‘I had a family nurse but she could only come around once a month, which was really difficult for me.’

However, Chelsie does say she was aided by the youth charity NOMAD.

‘If I was having a really bad day the support worker from NOMAD would pick up on that and she would pop round and just give me the support I needed.

‘I just want doctors and nurses to please listen to their patients. Any young mum feeling like this should go and speak to someone they trust to help them move in the right direction.'

Lisa Ramsey, the service user voice policy manager on the maternity transformation programme at NHS England, said: ‘It’s really important to hear about the maternity care experiences of young women who have a baby in their teens and early twenties.  Not only for them to know their story has been heard and for other young women to feel empowered to find their own voice, but for maternity staff to know the huge difference the care they provide can make.

‘Chelsie has done a fantastic job of raising her voice in a creative and engaging way and I know her film will have a huge impact upon all of its viewers.’