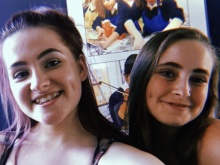 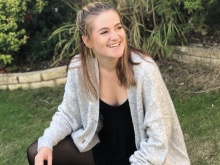 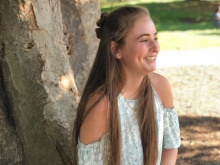 TWO best friends who have both struggled with mental health problems want other young people to know they’re not alone.

Freya Selman and Jasmine Flanagan, both 19, have made a film titled ‘You Can Help’ to inspire others to speak out and seek help.

‘My mental health issues started back in year 8 (2012); I had a pretty bad school experience with bullying and a traumatic event that happened at school which led me to stop eating,’ said Jasmine, from Surrey. ‘I had a lot of family issues as well and it was a combination of everything that led to me self-harming. I was very depressed and made quite a few attempts to end my life.’

Freya’s mental health manifested itself in the form of anxiety and OCD, which included a routine of doing up to 68 different things in each day. ‘I didn’t know anyone else who was struggling and then a group of people came to my school and did a talk on mental health and I realised I wasn’t the weird, odd one out,’ explained Freya, from Surrey. ‘I finally understood it was something that lots of people had. It was such a relief to know it wasn’t just me.

‘We want people to know that it’s ok to speak out and you’re not alone no matter what you’re going through.’

The duo say dance helped with their recoveries and they want other young people to understand the importance of finding a hobby that allows them to relax and escape.

Jasmine said: ‘When I was told I couldn’t dance anymore because of my mental health and my eating disorder it gave me a reason to start recovery. Dance has always been a big part of my life.’

Freya added: ‘When I was at school dance got me through anytime I was feeling particularly stressed.

‘Every morning when I arrived at school my teachers would keep the dance studio free for me to dance in the morning to prepare me for the day.

‘It helped me express myself through movement; it was so much easier than talking to anyone.’

With the mental health services under strain, the pair want young people to not give up until they receive the right help.

Freya said: ‘Not everyone will understand or be able to help you but eventually you will find someone who will fight with you.’

This fix was funded by The Blagrave Trust.