Feel Safe In The Car 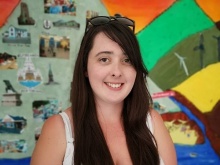 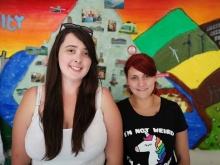 Fixers Jade and Sarah are passionate about road safety 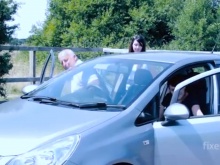 'If in doubt, speak out'

A young campaigner hopes her story will encourage young passengers to have confidence in saying no before getting into a vehicle with an unsafe driver.

Jade Kingdom, 25, who has experienced being put at risk in a vehicle, has been working with other young people from Milton Haven Youth Centre to encourage others to think twice about the dangers before getting in a car.

Jade was 13-years-old when she was driven by someone over the limit. The journey made her feel incredibly unsafe and she has felt uneasy travelling in cars ever since.

‘Every time I get in the car with someone I always question whether it’s safe, I’m always on edge,’ explained Jade, from Pembroke. ‘At the start of the project we found a lot of us had had experiences of getting into people’s cars with drivers that were under the influence, either on drugs or alcohol.’

Everyone in the group had experienced being in similar situations but none had ever stopped themselves from getting in the car.

Jade said: ‘I think there’s an element of peer pressure, especially when we get in the car with people from older generations, we feel like we have to get in the car.

‘I know someone who got a lift back on a night out and she got in the car with her friend who was on drugs but she didn’t realise because he seemed fine.

‘You don’t always realise when people are on drugs but with alcohol you can usually smell it – you have to be so careful.’

Jade has made a film titled ‘Which Road Would You Take?’ with the message ‘if in doubt, speak out’ in a bid to encourage young people to not give in to peer pressure.

‘I always have quite a few taxi numbers saved in my phone so I know I can get home safely if something happens,’ Jade added.

The group have made a road safety presentation and are hoping to share their message in local schools and colleges.

Jade said: ‘I would advise other people to speak out and to not be afraid to say something. It doesn’t matter if all of your friends are getting in the car- it doesn’t mean you have to do it.

This project was funded by Road Safety Trust.