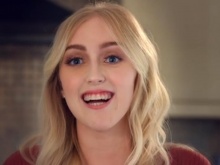 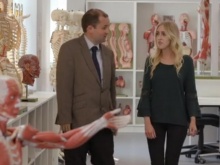 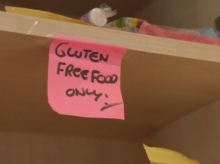 Megan wants more people to be aware of Coeliac disease

Megan Haigh is a Coeliac.

If you don’t know what that means, she isn’t surprised. Megan wants to help people understand more about Coeliac disease, which is a natural intolerance for gluten, most commonly found in bread and wheat products.

‘You go into a restaurant and you ask if they do gluten free and you get so many eye rolls. People think I’m just trying the latest trend or trying to follow a new gluten free diet that celebrities are doing, but it’s not anything to do with that.

Megan told her story on GTV on Tuesday, 9 October.

‘I’m so careful with what I eat. You have to be. There’s a lot more gluten free ranges becoming available which is good, and a lot of restaurants are starting to look at offering gluten free food as well which is helpful.’

Based in Preston, Megan already writes a blog called the Travelling Coeliac, identifying restaurants in different locations that cater for those with gluten intolerance.

Far from being part of a trend, Coeliac disease is a very serious condition, according to Doctor Michael Porter of the University of Central Lancaster’s Medical School.

‘Coeliacs is what we call an auto immune disorder,’ he explained. ‘It’s triggered by gluten which we get in things like bread. One or two percent of the population are thought to have it. I think it’s a fantastic thing that Megan is able to spread the word about Coeliacs. It can potentially lead to cancers, it can affect fertility, and it can affect pregnancy. There are a lot of people who are undiagnosed Coeliacs who do need to find out if they have Coeliac disease’.

Megan hopes that by doing a Fixers project, she can educate people about Coeliac disease and help them be more empathetic about the condition, instead of seeing it as part of a trivial trend.